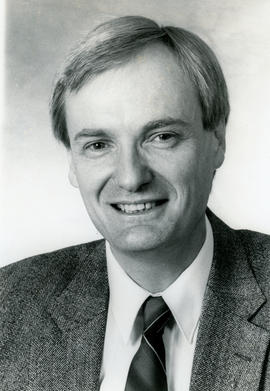 Bill Baarsma was born in Tacoma in 1943. He attended Stadium High School and the University of Puget Sound (Class of 1964) where he studied political science. He obtained a master's degree from George Washington University in Washington, D.C. where he served as a clerk for Senator Henry M. Jackson and as a White House Fellow with the U.S. Department of Housing and Urban Development. From 1968 to 2001, Baarsma taught political science, business management, and public administration at the University of Puget Sound. In 1991, he was elected to City Council and, in 2001, he became the 38th Mayor of the City of Tacoma. During his two terms as Mayor, Baarsma was involved in the development of the Click Network, the largest municipally owned telecommunications system in North America. 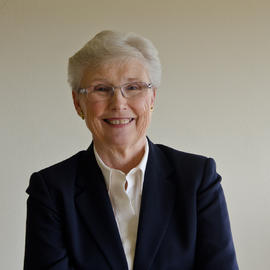 Karen Vialle was born in Tacoma in 1943 to Leo and Arline Ristvet. She graduated from Wilson High School in 1961 and from the University of Puget Sound in 1963. In 1988, she launched her first run for office and was elected to the Tacoma City Council. In 1990, she became the first woman elected Mayor of Tacoma, serving in the role until 1994. She was elected to the Tacoma Public Schools Board of Directors in 2011 and 2017. She also served as an Assistant Professor at the University of Puget Sound, a consultant for the Puyallup and Muckleshoot tribal school systems, a substitute teacher, executive director of Centro Latino, assistant director of the State Budget Office, and deputy chief for the State Insurance Commissioner. In 2019, former Mayor Marilyn Strickland credited Vialle for making it possible for other women and diverse candidates to run for office in Tacoma. As Mayor, Vialle arranged for the purchase and cleanup of the Foss Waterway and led urban renewal and mass transit projects. 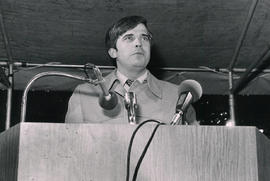 Mike Parker was born in Renton, Washington on May 23, 1947. He became the youngest legislator in Washington state history when he was elected to the State House of Representatives at age 26. He ran for U.S. Congress in 1976, but lost to fellow Democrat Norm Dicks in the primary. The following year, he launched his mayoral campaign. On November 8, 1977, he defeated state senator Lorraine Wojahn to become the youngest Mayor ever elected in Tacoma at age 30. Parker is most known for his role in developing plans and gathering support for the Tacoma Dome. He also played a key role in establishing a Tacoma Police Department motorcycle fleet and successfully lobbying the state Department of Transportation to include Tacoma in signage and branding for the Seattle-Tacoma International Airport. After his term as Mayor, he ran to become the first Pierce County Executive, but lost to Booth Gardner. He went on to pursue a career in the broadcast industry. At the time of his death in 2019, he was survived by his wife Maria and children Michael, Jr. Jeffrey, David, Dianna, and Sara along with seven grandchildren.