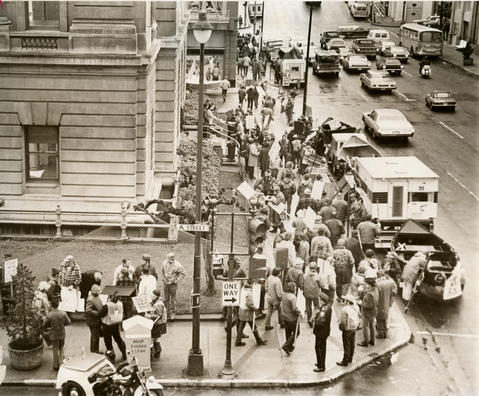 A crowd of several dozen gather on A Street in Downtown Tacoma outside the Old Post Office. Most of the signs held are blurred or other wise unreadable, but several visible signs read, "Fish Now Elk This Fall." Three small boats and one RV is parked along the street protestors are gathered on.