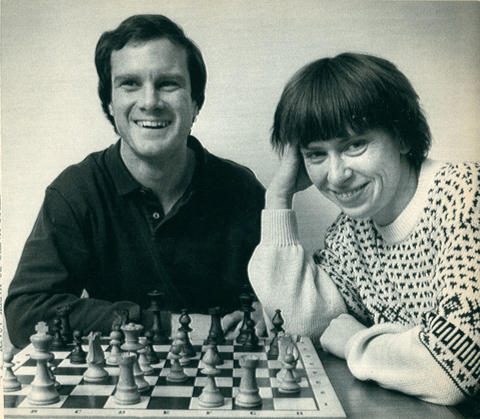 Front of Photo:
BROOKLINE, MASS., Dec. 15--CHESS MATES TO MARRY AGAIN--John Donaldson, captain of the U.S. men's chess team and his bride, Elena Akhmilovskaya, right, a top-ranked Soviet player, post Thursday at a friends home in Brookline, Mass. The couple, who married a few weeks ago in Greece, plan a second wedding next week in New York City and hope that her daughter still in the Soviet Union will be allowed to join them in time for the wedding. Donaldson is from Seattle, Wash.
AP photo by Julia Malakie