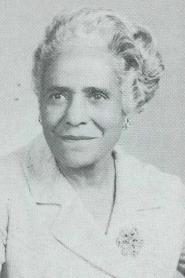 Helen Cecile Beck Stafford (1899-2002) was a long-time community and civil rights advocate in Tacoma. She was born on November 15, 1899 in Wamego, Kansas, the tenth of eleven children born to a formerly enslaved father. In 1920, she graduated from Kansas State University with a degree in home economics and a minor in sociology. She taught in Kansas schools before moving to Tacoma in 1926 where she met and married her husband, Wendell P. Stafford. Openly denied a teaching position in Tacoma because she was Black, she later became the first African-American case worker for what was then the Tacoma Department of Public Assistance. During her years in Tacoma, Helen Stafford was a community leader and actively involved in many local civic and cultural organizations. In 1927, she organized the Matron’s Club, a social gathering of young Black married women who were mothers. In the early 1930s, Stafford helped to organize the Tacoma chapter of the National Association for the Advancement of Colored People (NAACP), and served as its president. She organized the first Pacific Northwest chapter of Alpha Kappa Alpha sorority, as well as the Tacoma chapter of The Links. She was involved with the Tacoma Urban League, and served on the board of the YWCA and the Tacoma Colored Woman’s Club. She was also an active member of the Allen AME Church, where she sang in the choir and was the long-time superintendent of Sunday School. After retiring in 1970, Stafford remained active in numerous local organizations, and in 1971 she was named the State Woman of Achievement by the Washington State Business and Professional Women’s Clubs Association, becoming the first African-American woman in the state to receive the honor. She received many awards, including the Finer Womanhood Award from Zeta Phi Beta Sorority, the Distinguished Citizen Award from the Tacoma Municipal League, the Tacoma NAACP Service Award, and the YWCA Woman of the Year Humanitarian Award. In 1986 she received an honorary doctorate from the University of Puget Sound for humanitarian services, and in 1987 she returned to Kansas State University to receive the Alumni Medallion, a lifetime achievement award. On November 15, 1999, when she turned 100 years old, the Tacoma City Council declared the day “Helen Stafford Day.” She died on August 27, 2002 in Tacoma.