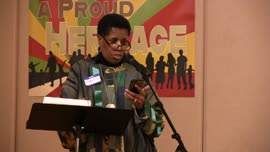 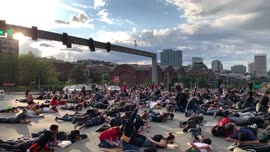 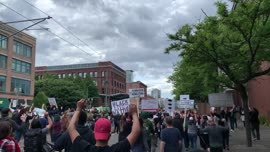 A video of the peaceful Black Lives Matter protest marching down Pacific Avenue on 6/5/2020. 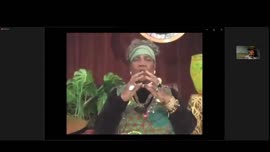 Dr. Maxine Mimms, founder of Evergreen College Tacoma, is the spotlight of this film produced by Dr. Gilda Sheppard. Dr. Mimms discusses the cultural importance of hip-hop music, her musical inspirations, and her father's encouragement of her pursuit of knowledge in spite of growing up in a segregated community. 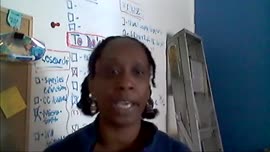 Carol Rashawnna Williams Discusses Her Work as an Artist in Seattle

Seattle artist Carol Rashawnna Williams and Paul Jackson have a conversation about her work during the pandemic. 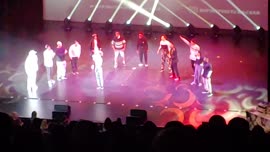 Video clip of break-dance battle at "The Hip-Hop Nutcracker" performance at Tacoma Arts Live in 2017. 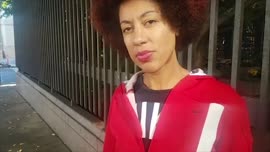 Interview with Erin Jones: "The Conversation"

Erin Jones discusses her defeat in the running for Superintendent of Public Instruction in the 2016 election, the issues surrounding the 2016 Washington teacher's strike, and her role as a player and chaplain for the women's basketball team the Seattle Storm. 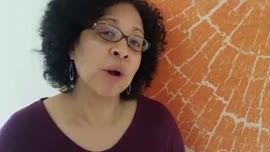 Interview with Marilyn Strickland: "The Conversation"

Marilyn Strickland, former Mayor of Tacoma, introduces herself as the President/CEO and the Seattle Metropolitan Chamber of Commerce and discusses the Taber 100 business meeting she is attending. Strickland discusses the Chamber's push against the proposed "Head Tax," officially the "employee hours tax" that would tax businesses to generate funds for homeless services. 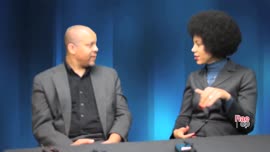 Videographer Paul Jackson interviews Erin Jones, candidate for Washington Superintendent of Public Instruction in the 2016 election. Jones discusses her adoption, growing up in the Netherlands, and her adulthood in the United States. Jones has been working to advocate for children marginalized in public education since she was nineteen years old. 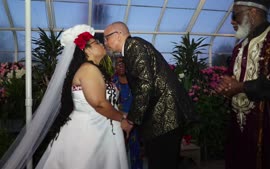 Slideshow video of pictures from Paul Jackson and Jasmine Brown's wedding. "Jumping the broom" is a tradition within the Black community to signify a couple's commitment to each other, and dates back to the enslavement of Black people in the United States who were barred from legally recognized weddings. 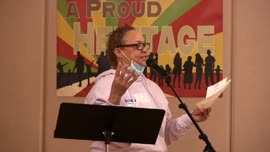 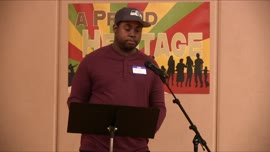 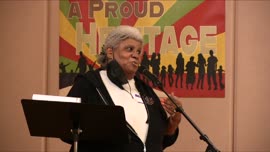 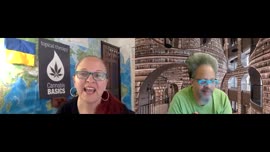 Ah, founder of Cannabis Basics and Paul Jackson talk about her career in the cannabis industry and how she helped write the CHABA law for Washington State, which allows for the sale of THC products without a cannabis license under certain conditions. 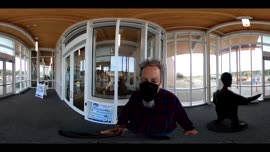 This sculpture, created by Jasmine Brown took 3 years to produce thanks to COVID. Billy Ray Shirley III was a resident in Tacoma's Eastside and dedicated volunteer in his community. His homicide in 2011 prompted the building of the new Eastside Community Center, which opened in 2018. The bronze statue was created by Jasmine Iona Brown, and was unveiled in October of 2021. 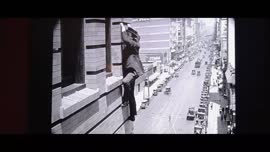 Kellen Drury visually describes what he misses and appreciats during the Covid times in this short film. 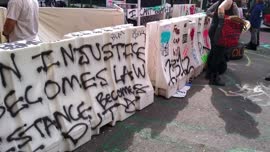 Slideshow of photos taken during Carol Rashawnna Williams' visit to CHAZ (Capitol Hill Autonomous Zone), in Seattle 2020. CHAZ (aka CHOP - Capitol Hill Occupied Protest) was established in June of 2020 in protest against the police killings of George Floyd and Breonna Taylor, occupying several blocks in the city center for over three weeks. 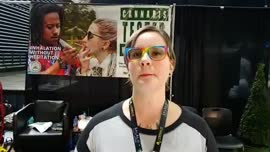 Interview with Beth from Confidence Analytics at the Lemonhaze Cannabis Convention, 2019

Beth, representative at Confidence Analytics, discusses the company's work to test cannabis products in the state of Washington. 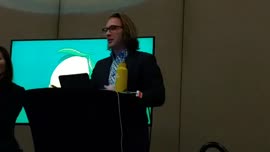 Panelists discuss the "ongoing vape crisis" in the cannabis industry, including federal policy made around health concerns.