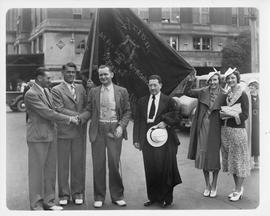 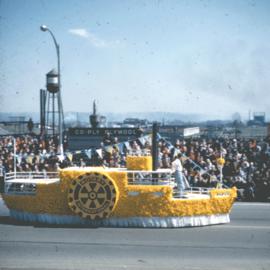 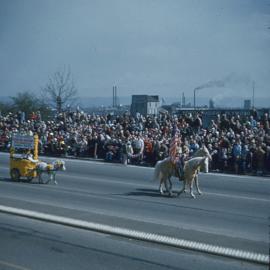 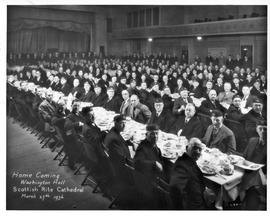 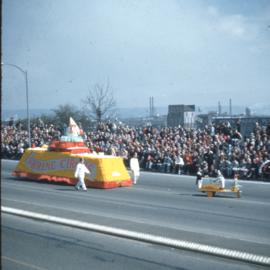 Shriner Circus float in the 1956 Daffodil Parade on Pacific Avenue with North Pacific Plywood Inc. building in the background.. The float has a large clown head at the top and pushes a small see saw cart that is occupied with jesters. Two Shriners flank the float. 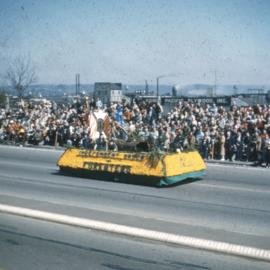