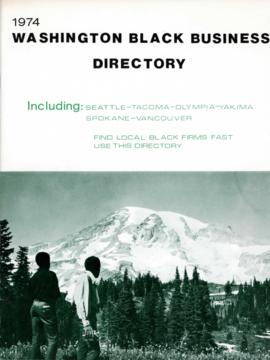 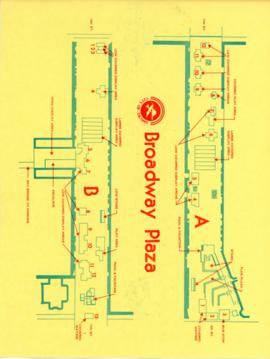 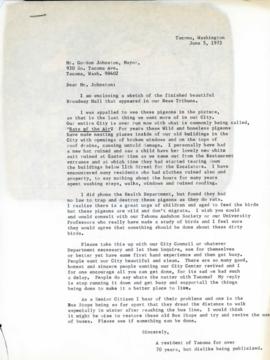 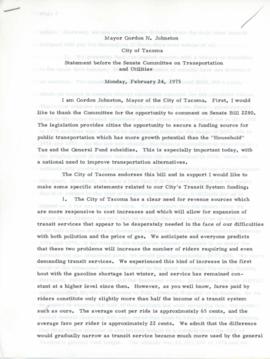 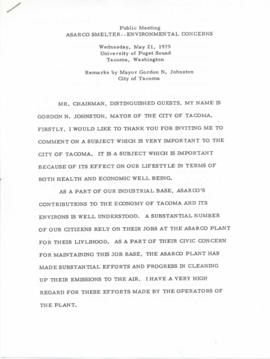 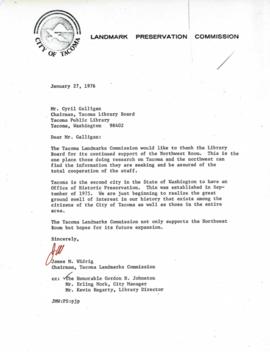 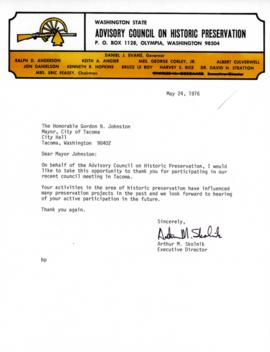 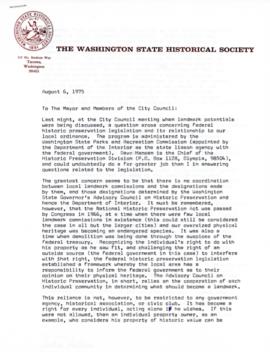 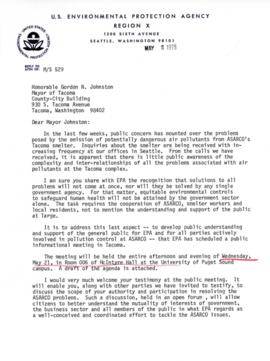 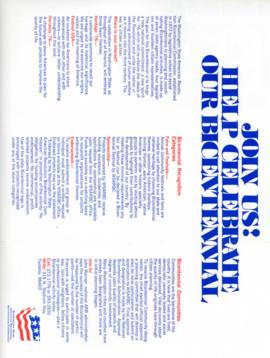 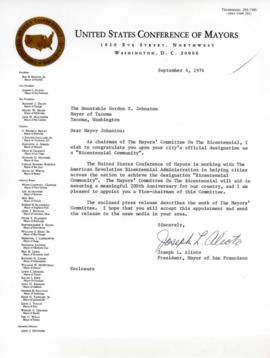 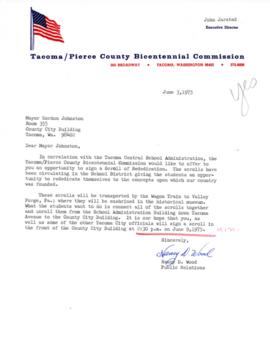 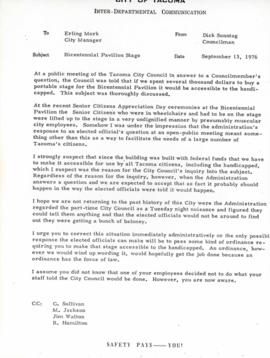 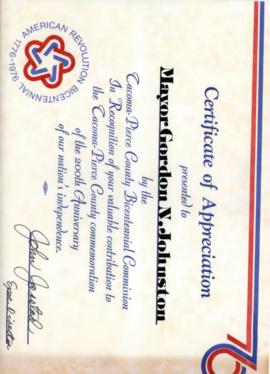 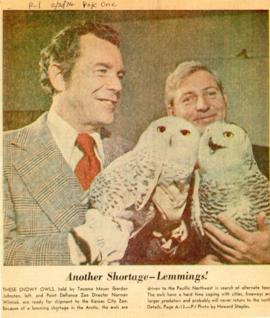 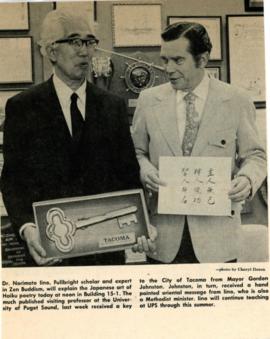 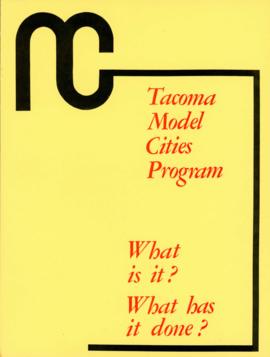 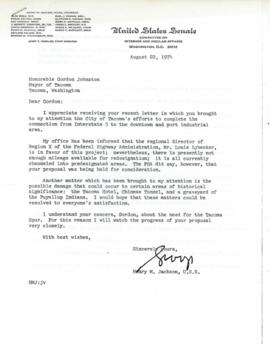 Gordon Johnston was born in South Tacoma in 1918. He graduated from Lincoln High School in 1936, and married his wife, Esther, in 1941. During World War II, he served in the U.S Army as a Master Sergeant.

Johnston was elected mayor of Tacoma in 1969, defeating incumbent mayor A.L. "Slim" Rasmussen by a mere one percent of the vote. Previously, he worked as an architect and It was his first time running for public office. In his first year in office, both Johnston and the city council members faced recall campaigns from the citizens of Tacoma. Following petitions calling for the recall of five city councilors, there were additional calls for Mayor Johnston and the remaining three council members to be removed from office as well. In a vote in September 1970, five councilors were voted out of office. Johnston remained in office and served two terms as Tacoma’s mayor.

As mayor, Gordon Johnston was involved with the Puget Sound Governmental Conference. In 1975, the organization voted to reorganize under the name Puget Sound Council of Governments until it dissolved in 1991. Additionally, Johnston worked with the Puget Sound Air Pollution Control Agency and was involved in a decision to require the ASARCO smelter plant to reduce its sulfur emissions by 90 percent, receiving both citizen backlash and support in response. Additionally, two important municipal projects that happened while Johnston was in office was creating Broadway Plaza downtown and converting the old City Hall Building into a food and shopping center. Following his time as mayor, Johnston represented Housing and Urban Development as an administrator, retiring in 1985. As a lifelong resident of Tacoma, he spent his years of retirement camping and spending time with his grandchildren until he passed away in 2006.

Arranged and described by Lauren Moseman, 2022.