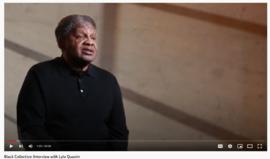 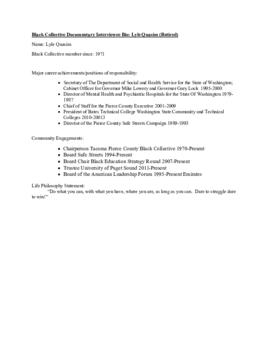 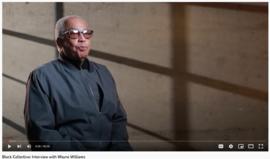 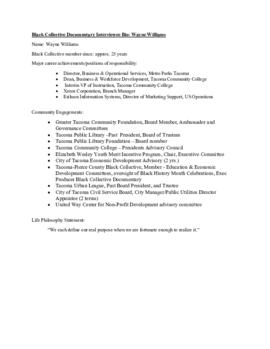 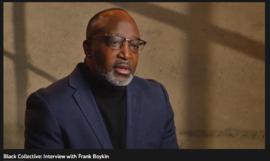 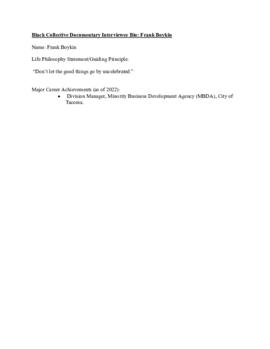 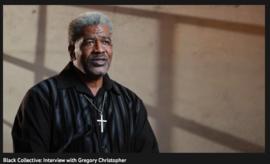 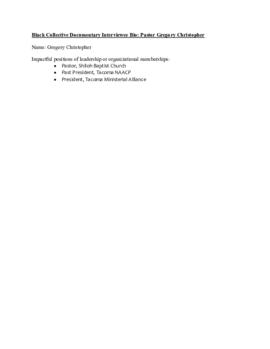 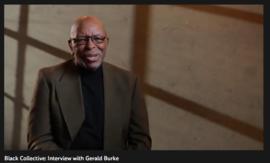 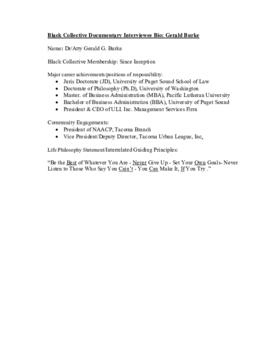 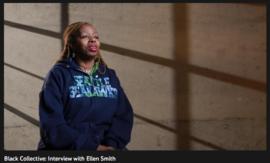 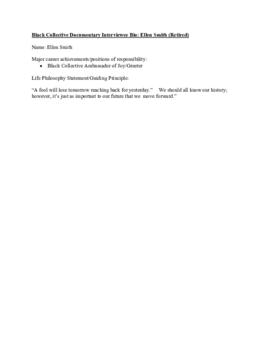 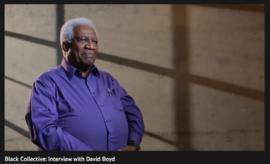 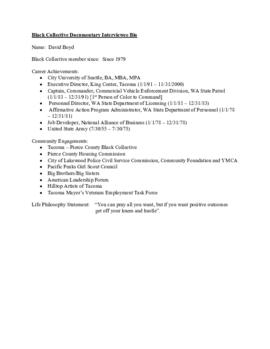 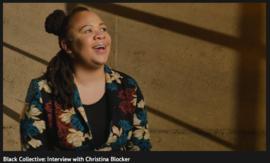 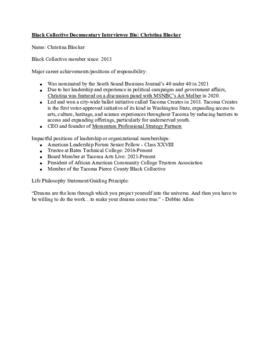 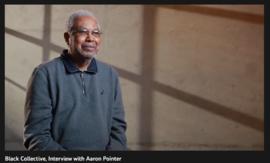 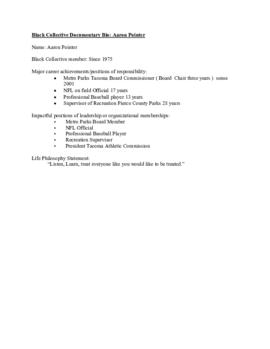 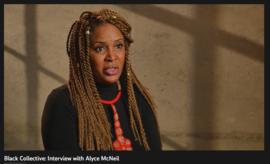 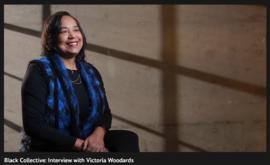 The Tacoma-Pierce County Black Collective is an organization that meets weekly, 52 weeks out of the year on Saturday mornings. Previously, meetings were conducted in person at the City Association of Colored Women's Clubhouse, but were converted to a virtual format during the COVID-19 pandemic. The organization's mission is "to promote the interests of Black People. The Tacoma-Pierce County Black Collective is a community of Black people dedicated to civic engagement through volunteer service."(1)

The Black Collective traces their history back to Tacoma's civil rights movements in the 1960s. It was formed as the Concerned Black Citizens in the immediate aftermath of the Mother’s Day Disturbance of May 11, 1969. On that date, violence broke out in Hilltop, the home of the city's largest Black population. Local leaders of the Black community, including Thomas Dixon, Executive Director of the Tacoma Urban League; Harold Moss, then a leader in the Tacoma chapter of the National Association for the Advancement of Colored People (NAACP); James L. Walton, student president of the Obi Society at Tacoma Community College; and pastors Reverend Earnest S. Brazill and Joseph A. Boles, both leaders in the Ministerial Alliance, intervened to calm the disturbance.

In describing their history, the Black Collective states, "In the days following, they negotiated successfully with the City Council to win black representation on the police force and some, although limited, improved services to the Hilltop. These leaders decided to continue meeting and expanded to include others of color, becoming the Minority Concerns Task Force. By 1970, however, they resumed their focus on issues specific to the black community.

Since then, the Black Collective has met each Saturday morning, 52 weeks a year. Harold Moss, Tacoma’s first black city council member (1970), mayor (1994) and Pierce County council member (1997), in describing the organization in 2008 said, 'The great strength, endurance, and influence of the Black Collective is not its structure or lack thereof, but it is in its autonomy and commitment to the mission of empowering and bettering the conditions of the black community.'"(2)

Includes video interviews created for the documentary "The Evolution of Collective Wisdom" along with bios of the interviewees. Also included are materials related to the Black Collective's Black History Month programming.

Interviews and footage created by Sid Lee for the "Tacoma Civil Rights Project" documents Tacoma's "Mother's Day Uprising" which led to the creation of what is currently known as the Tacoma-Pierce County Black Collective. This material is held by the Washington State History Museum.