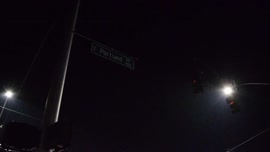 Includes research files and notes gathered and compiled by Pfutzenreuter related to the Salishan neighborhood. Also included is Justi's "Narratives of Salishan: The Untold Story," a documentary she produced for her Masters Capstone Project in Spring 2019 as part of the University of Washington Tacoma's Masters of Arts and Interdisciplinary Studies program.

The documentary introduction states, "When it comes to Salishan, most of the history that we do know lies in short, unnuanced articles in the Tacoma News Tribune. These articles were, and continue to be, influential in the ways readers view the neighborhood and those who live in it. Written by outsiders who may have preconceived notions, these articles leave no space for residents’ voices and their experiences. Taking this into consideration, the history that we don’t know resides in the minds and memories of those who have lived there, including families that belong to the Puyallup Tribe from whom the land was originally taken. It’s important to examine these perspectives to develop a fuller picture of the neighborhood. Since its origins in 1943, Salishan has had a negative reputation within the larger community. Without the voices of the tenants, negative stereotypes about Salishan will persist. We should ask, 'who’s telling the story?' and 'who’s constructing the narrative of Salishan?' This film project documents the experiences of residents, using their own voices, as an intervention into the dominant negative narrative about Salishan."

Donated by Justi Pfutzenreuter, May 2022.