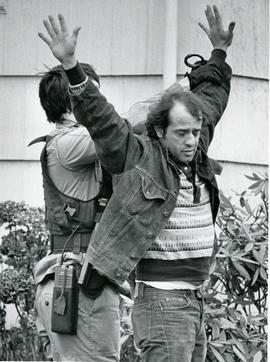 Back of photo: A Tacoma police officer snapped the hand cuffs on a suspect who was arrested during a raid on a South Tacoma home by Tacoma Police and Pierce County Sheriff S.W.A.T. teams Wednesday morning. The home was found to contain a marijuana growing room. Three people were arrested. (bruce kellman 3-23) 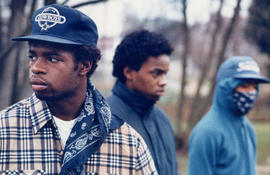 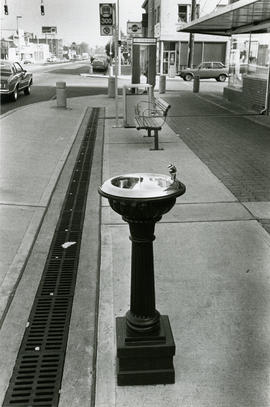 Back of Photo:
N/A

A newer public drinking fountain stands along side a street. 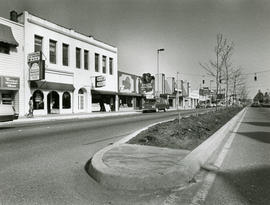 Back of Photo:
N/A 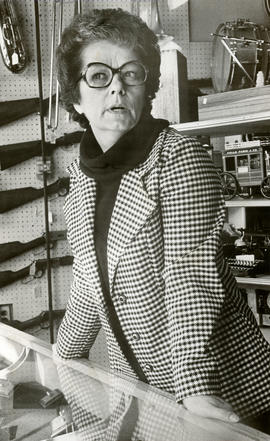 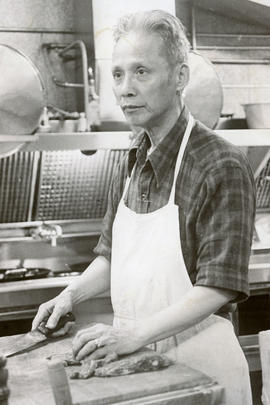 Back of Photo:
Tommy Yau
Photograph by Bob Rudsit 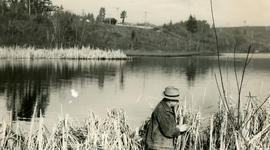 Back of Photo:
South Tacoma Swamp 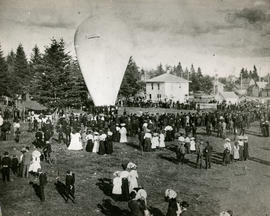 Back of Photo:
07/27/1950 Story-
Balloon Ascension in South Tacoma - 50 years ago balloon ascension in South Tacoma were a Sunday afternoon attraction. In the picture shown above the balloon is about to take off with the balloonist and is being held by the spectators to get the last ounce of gas. The picture was taken between Warner and Birmingham Streets near 52nd. Pioneers in the district will remember the stunt was not too successful as the gas often burned up the balloon. 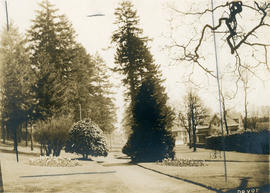 Back of Photo:
South Tacoma Park 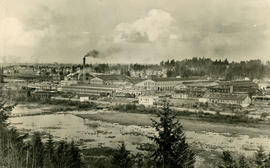 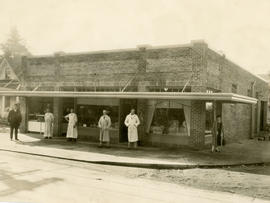 Back of Photo:
Laura Clark - I do not think this is South Tacoma Way

Six people stand outside of a store in South Tacoma. 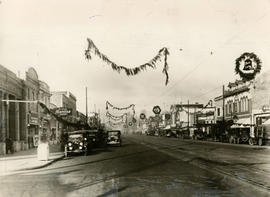 Back of Photo:
South Tacoma 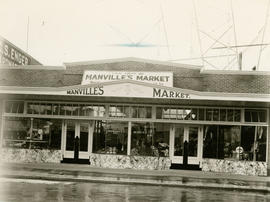 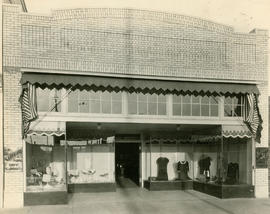 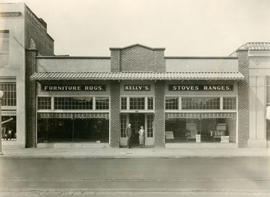 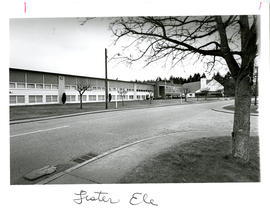 “Low enrollments and inefficient structures may force Tacoma to close some schools, rebuild or remodel others.” Lister elementary was expensive to upkeep and faced several problems. It was 300 students short of its total capacity of 650. The school was initially built as a community center, and gymnasium and additions were later added. The different elements fit together awkwardly. Photo by staff member Warren Anderson. 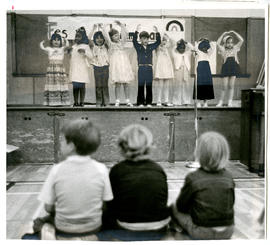 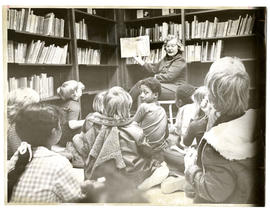 Mrs. Catherine Egan was reading to the second graders at Lister Elementary. The storytelling was a part of the program "Reading is FUNdamental," organized by the American Association of University Women. The program's purpose was to encourage children to read after school students would attend the storytelling and then choose a book to bring home. Photo by staff member Bob Rudsit. 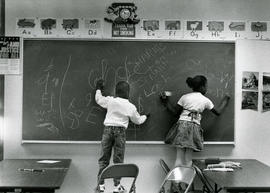